Air Peace founder accused of bank fraud and laundering money to shop for jets, a Rolls Royce and Prada

Lagos, Nigeria (CNN)The founder of a major airline in Nigeria has been charged with bank fraud and money laundering for allegedly moving more than $20 million from foreign sources through American bank accounts and using it, in part, to pay for living expenses, luxury cars and high-end shopping, according to US officials and federal court documents. 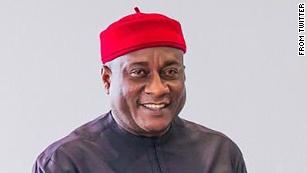 Allen Onyema
Allen Onyema, 56, the chairman and founder of Air Peace, is accused of moving the money from Nigeria and other sources through US bank accounts in a scheme that involved organizations he founded in his home nation and false documents related to the purchase of airplanes, the US Attorney's Office for the Northern District of Georgia announced Friday.
"Onyema allegedly leveraged his status as a prominent business leader and airline executive while using falsified documents to commit fraud," US Attorney Byung Pak said in a news release. "We will diligently protect the integrity (of) our banking system from being corrupted by criminals, even when they disguise themselves in a cloak of international business." 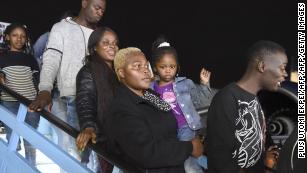 Nigerians return home, fleeing xenophobic attacks in South Africa
Onyema, who earned praise this year after dispatching planes to offer free flights to Nigerians facing xenophobic violence in South Africa, denied the allegations in a statement issued to local reporters. He said he is "innocent of all charges and the US government will find no dirt on me because I have never conducted business with any illegalities."
"Be rest assured that I also have my lawyers on this and these mere allegations will be refuted," Onyema said. "I never laundered money in my life, neither have I committed bank fraud anywhere in the world. Every Kobo (of Nigerian currency) I transferred to the US for aircraft purchase went through the Central Bank of Nigeria LC regime and all were used for the same purpose.

CEO of Air Peace, Allen Onyema receives a round of applause and hugs from Nigerians, who he gave free flights to from South Africa due to xenophobia. 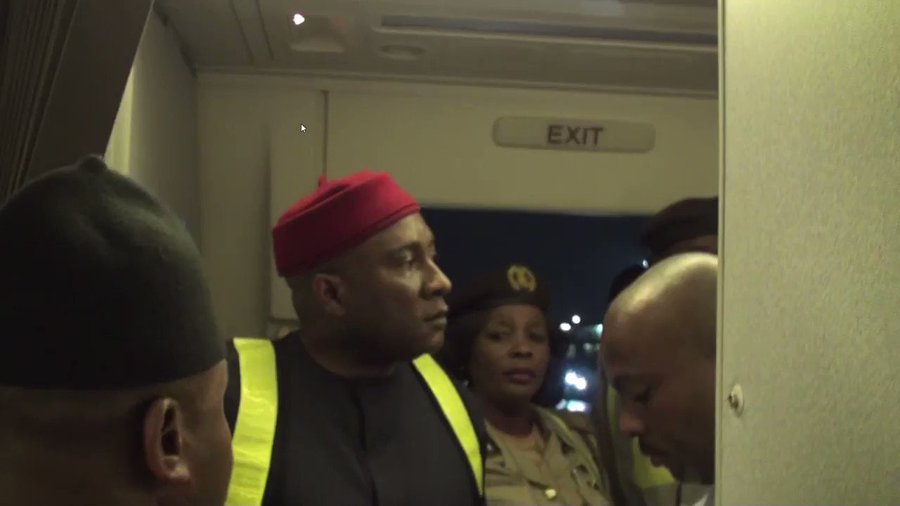 "The American companies that received the funds are still in business," he stated. "I never took a penny from any US bank or Nigerian bank. I am willing to defend my innocence in the US courts."
Attorneys for Onyema later sent a statement to CNN via a public relations firm in Atlanta.
"On behalf of Allen Onyema, we hereby state that he strongly denies and will vigorously defend himself against the allegations made against him by the US Attorney in Atlanta, Georgia, in relation to purchase of aircraft, aircraft spares and aircraft maintenance," the statement said. "None of the allegations involve any third party funds but relate to his funds utilized in the airline business. There is no allegation that any bank (in the United States, Nigeria or elsewhere), company or individual suffered any financial or any loss whatsoever. The allegations are unfounded and strange to him. Allen Onyema has a track record built on honesty and integrity and will take all necessary steps to clear his good name and hard earned reputation. He looks forward to an opportunity to rebut these allegations in Court."
Onyema faces 27 counts of money laundering, three counts of bank fraud, three counts of credit application fraud and two conspiracy charges.
A warrant was issued Tuesday for his arrest, the court record shows. CNN could not immediately reach Onyema for comment.

US accounts were 'alleged fronts for his scam'

About a decade ago, Onyema, a Nigerian citizen, started traveling frequently to Atlanta, where he opened personal and business bank accounts, federal prosecutors' statement said.
Between 2010 and 2018, about $45 million "was allegedly transferred into his Atlanta-based accounts from foreign sources," they said. The sum included several instances of "hundreds of thousands of dollars transferred directly" from accounts for four organizations Onyema founded to promote peace in his home country to a personal bank account he shared with his wife, according to an indictment filed Tuesday.
Onyema used money in those accounts during the period to pay for "personal living expenses," including an armored Lexus LX570, a Rolls Royce and a Mercedes, plus for purchases at Prada, Neiman Marcus, Macy's, Louis Vuitton and Apple stores in Atlanta, the indictment states.
In 2013, Onyema founded his airline and in the following years traveled to the US and bought planes, the statement says. More than $3 million used for those purchases allegedly came from bank accounts of four of his organizations, which "purport to promote peace across Nigeria," the news release states.
Then in 2016, Onyema and an associate allegedly used fake letters of credit and supporting documents to get banks to transfer more than $20 million to Atlanta-based bank accounts that he controlled, then "allegedly laundered over $16 million of the proceeds of the fraud by transferring it to other accounts," the US attorney's office says.
"Onyema setup various innocent sounding multi-million dollar asset purchases which were nothing more than alleged fronts for his scam," said acting Special Agent in Charge Robert Hammer.